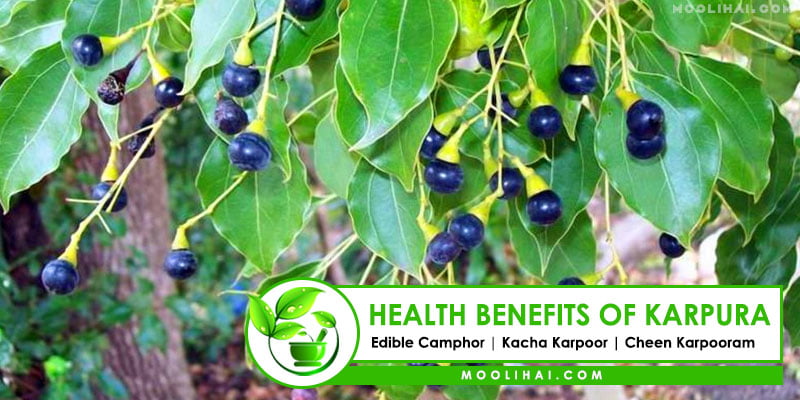 Camphor is an organic compound derived from the species of Cinnamomum camphora which is native to China, Japan, Vietnam, Korea, and Taiwan. This evergreen tree is commonly known as Camphorwood or Camphor laurel. This plant is mainly cultivated for timber and camphor production.

What is Karpura or Camphor?

Camphor is a white crystal and waxy form of substance that is used for medicinal purposes. Karpura is an extract from the bark of camphor tree that has various usages. There are two types of camphor produced in different methods.

Buy Karpura
In This Article

How to Use Camphor 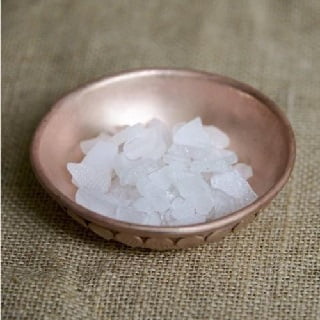 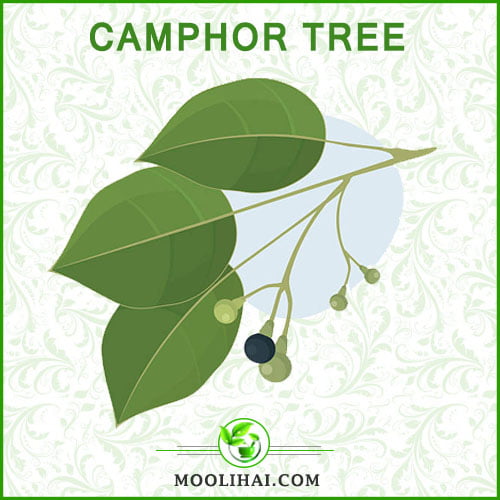 It is usually found in the mountainous region and grows about 20 to 30 meters in height. The leaves appear to be waxy and are shining. The leaves produce a strong aroma when crushed.

This plant produces a cluster of white flowers that is quite small and blooms in the spring. It bears berry-like fruit formed in groups. The fruit looks black and is around 1 cm in diameter. The bark is pale, rough, and fissured vertically. The bark of this plant is used in making camphor and other purposes.

Camphor has a strong odor and taste, that can be absorbed easily through the skin. It also has an insect-repellant property that helps to keep away insects. All the parts of this plant have a strong, unique aroma which makes it special. 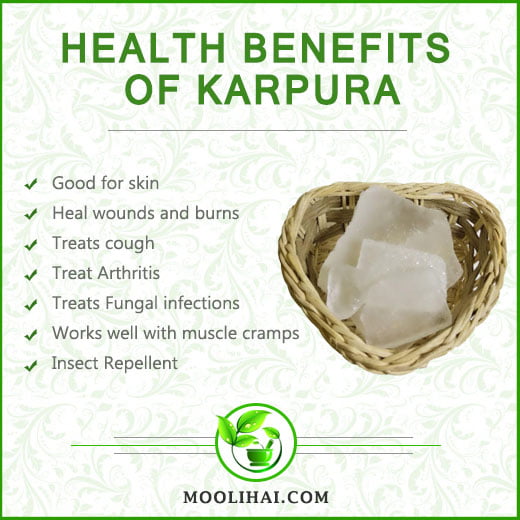 Camphor is used as a constituent in skin creams and lotions. These can be applied as a medication to relieve itching, skin irritation, insect bites, and joint pain. Using camphor spray on the affected area gives a cooling effect to the skin. It is absorbed by the epidermal layer of the skin which is sensitive to heat and cold. It also gives glossy and healthy skin.

A study in animals found that camphor is very effective in treating wounds and wrinkles. It has the ability to increase the production of collagen and elastin in the skin. So it is used in anti-aging cosmetics. An ointment containing camphor, honey, and sesame oil reduces the time for healing burns and wounds. Applying it at least once a day is very beneficial to treat skin infections.

Steam inhalation of camphor inhibits cough and the common cold. It relieves congestion in the air passage and the pathway of the respiratory tract. Camphor is also used to relieve chest congestion and inflammatory conditions. Inhaling the vapors of camphor through nostrils gives you instant relief from running nose and so you can breathe in comfortably.

A study in animals has shown that it is very useful in treating arthritis. It gives you relief from pain, inflammations, and swelling that is caused due to arthritis. The cream gives hot or cold sensations on the affected part to distract you from pain.

Camphor is antifungal that resists fungal infections. It is very effective in treating toenail fungus. Research has proved that using Vicks VapoRub also cures toenail fungus because it contains camphor. It has been shown that using this ointment continuously for 48 weeks will provide better results.

Karpura is also used as a muscle rub that gives you relief from muscle cramps. It also helps in spasms and stiffness. Massage your sore muscles with it, few times a day makes you feel better.

Camphor contains toxic substances that act as an insect repellent. It is also used as a replacement for mothballs. It is kept in between clothes or at the corners of a cupboard to prevent cockroaches. The smoke of camphor crystal is mosquito repellent and is eco-friendly.

Camphor is used in religious ceremonies, especially for Hindus. They used to set fire on camphor called Aarti which is the last step in puja.

How to use Pacha Karpuram 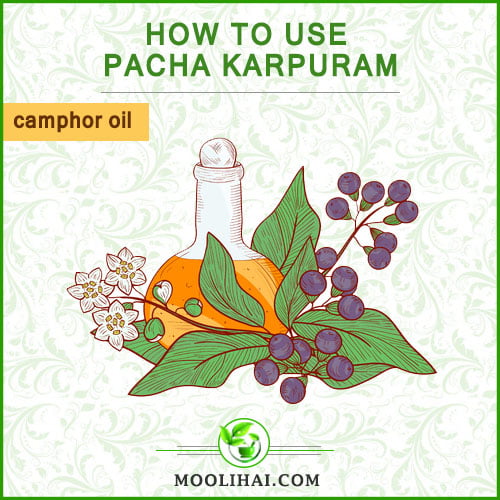 There are various methods to use camphor. But the traditional way of using camphor is given below;

The wood of the camphor tree is made into chips and undergoes steam distillation. In this process, dry steam is passed through the plant material and the natural aromatic compound is isolated and purified. These vapors are then passed through the crystallization box and crystallized into camphor. 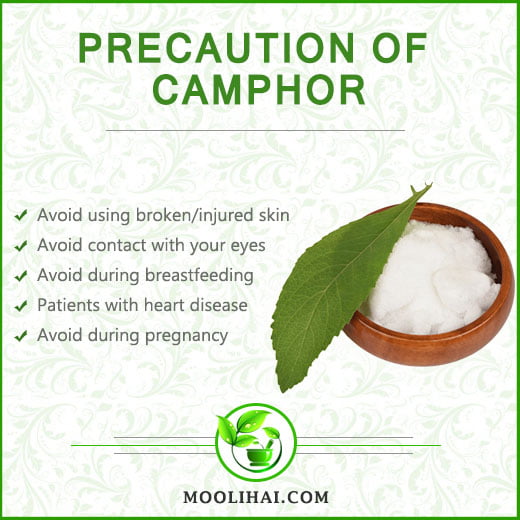 Edible camphor or Karpura should be used carefully to experience its benefits to your health. Camphor is included in most of the products in the form of cream, oil, lotion, face wash, balm, etc. You can also use those products on the skin that provide same benefits.

If you have any health issues and trying to treat them with Pacha Karpura, then consult your doctor and confirm whether to use them or not. Also, follow the instructions directed to you.